The Free Happiness V6 GTR is there. 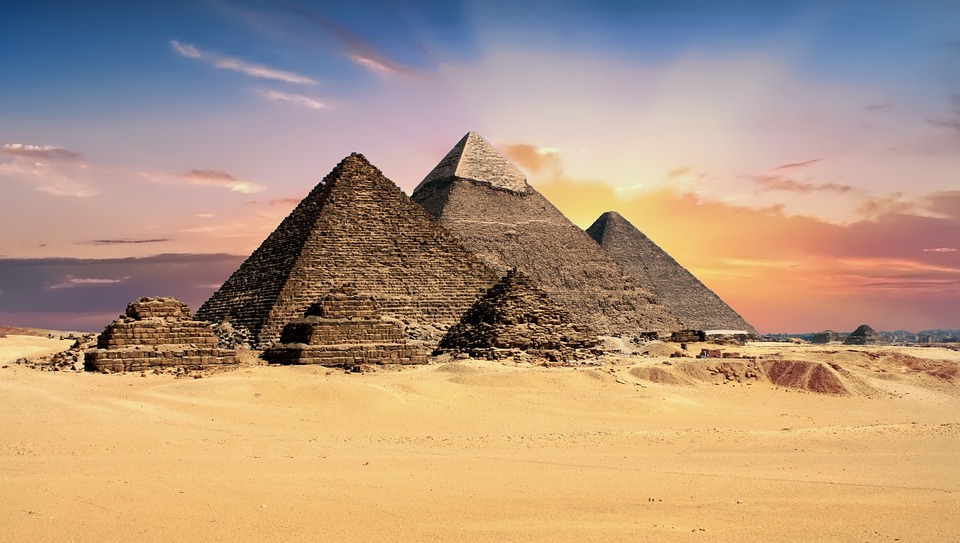 The Free Happiness V6 is there.

We try with stubborn to continue this idea of creating an Mp3 that include the golden key to ascension thru each of us can achieve improvement in all areas of life.

Actually it isn’t anything hard to understand. As our friend ENKI said once we reach and understand what is real unconditional love our life will change permanently. The foundation of it is to treat other people as we want to be treated by them, and that’s all. He always in funny way expose those people that creating complicated theories to being smart. He said that truth is so simple that most people can’t accept, at the same time He thinks that people like difficult and complicated reality, and what is simple they reject. If you took metaphysical boost like these written by Carlos Castaneda or Jiddu Krishnamurti you will find the simplicity as the main foundation.

The release of Free Happiness V6 GTR is not accidental. From the insider to ENKI’s channelings I got informations that Gods (YHWH + 26 Gods) [together is 27 Gods] are disgusted about what is happening on Planet Earth, exactly saying what people are doing. So there is our attempt to at least a bit improve anything, just an drop in ocean.
ENKI said sadly that at this September 2018 will be something called as “Council of Gods” where 26 Gods and other civilizations will discuss what next about the people of Earth. This will be main Council since about 30 years before Christ’s incarnate. Last minor Council was before 1000 AD when Ninhursag incarnate to help in overall people’s consciousness. At 1500 AD the previous minor Council provide the action that allow a lots of beings from second Earth called as Ashun to incarnate on our Planet Earth to incarnate here to improve overall consciousness.
In all previous Councils Highest Energy and 26 Gods don’t allow ENKI to incarnate. ENKI said that both He and his brother called as ENLI (Jesus) [for reference see summerian Gods, Egyptian scripts, eventually Zacharia Sitchin] – will both need to explain their progress in “experiment called as “people” – they arrive more then 500 hundreds yours ago to our Planet with rescue to help their Planet “Nibiru” – as in exchange for help they decided to add the God’s Element to our DNA (indeed root inhabitants of Planet Earth 500 years ago was similar to Neanderthals) – the experiment was conducted by ENKI and ENLI. In the meantime civilization from planet MALDEK (todays residues as Jupiter rings after their planet was destroyed) need to find/move to new planet, the then Council allow them to incarnate on Planet Earth but it was very Warrior civilizations – this story is longer anyway the Maldek civilization (which by the way was the defect experiment of Syrius B, which Syrius B said it’s was mistake, their tired to put primitive civilization go ahead but they put against all other even their mother civilization called as Syrius B) – anyway the Maldek civilization is probably the most aggressive civilization that still incarnate on our Planet Earth (mostly politics) – even there was a lots incarnations such ENLI (Jesus) incarnate itself to learn people something, then His sister Ninhursag, and then since 1500 AD a lots of souls from Orion civilization, as well some souls from Syrius B, the 26 Gods, and 27th God called as YAHWEH are not satisfy about what is happening now – not only them, other civilizations are not happy as well. Pleiadians also participate in Councils. In last minor Council that was at 1500 AD ENKI’s idea to cooperate with Orion Civilization to let the incarnate on Planet Earth and improve global consciousness was approve by Shamgas, the commander of space base – and there was the one vote that was finally approve by 27th God YHWH that send Glazu (Archangel Gabriel) to show the Council of Gods has ended and ENKI’s idea has been approved.

In current Council of God that is set on this September 2018 – the YHWEH will not participate, HE said all the rest of 26 Gods and other civilizations must work out the solution.

Ending this my introduction to the topic, ENKI said that everyone who wants to live on this Planet has to start shielding itself, simply protect yourself.

The Free Happiness V6 GTR and it’s script from 2015 year is made upon ENKI’s teachings about on how to literally see outside reality as perfect one and radiate with focused will-power. It’s works this way that we can look at things both ways, the way we see it everyday or see it like thru the filter of happiness, try it, take any item and look at it simply as you usually do, and now see at this item like on something amazing, at the same time tune your vibration to level higher, the difference should noticeable.

I am feeling I must share the information about incoming Council of God, the main one since 2000yrs., and that you have to perform shielding of yourself.
Time pass by and it’s self-evident that for what we take care today will bring effect tomorrow or within months. 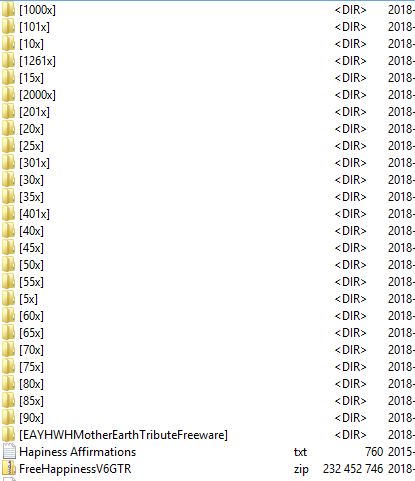 Mp3s based upon these three Audio Spells:

The effects from using above energies after works for all of us, and those who use these energies, by supporting something 10000x stronger then yourself- indeed this way ahead force support yourself, it’s not written law of cosmos, but its really works- from the Heart’s logic it’s self-evident.

Mp3s are made with Silent Bliss Hypnotic v.2 so don’t use them while performing activities that require your full attention!!!

Please use these mp3s wisely and only on your own responsibility and never treat as a toy. If this is too strong than choose the version with less “x” power.

Here is an mp3:
http://www.mediafire.com/file/jyaat5mu5daoohv/FreeHappinessV6GTR.zip/file